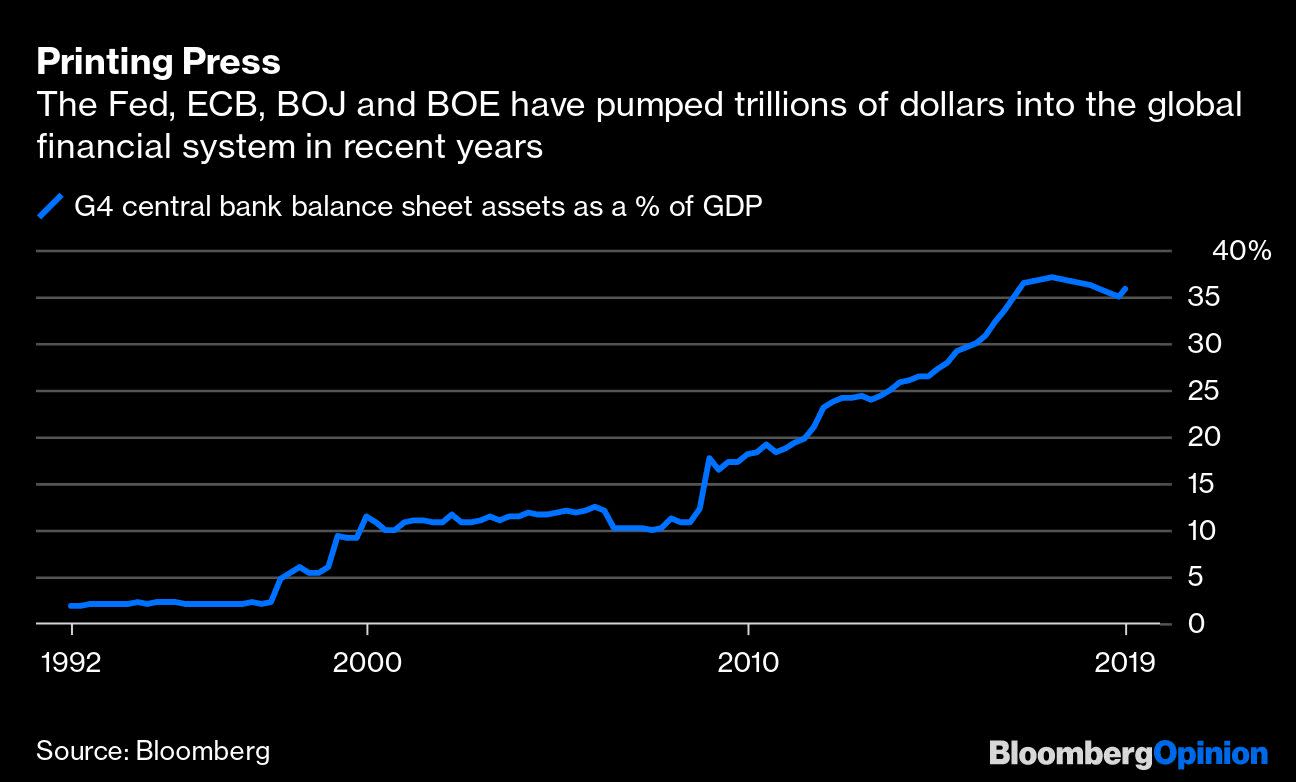 Not much point in even tracking the virus, which is now called Covid-19, since it doesn't seem to be able to affect the markets or, as Powell said yesterday, whatever economic damage is done, China will make it up with stimuls because – STIMULUS FIXES EVERYTHING!!!  At least that seems to be the 21st Century's answer to all economic ills, why worry about anything when we can just print more money?

As you can see from the chart above, the real virus that's infecting the World is FREE MONEY and just the Big Four Central Banksters have printed $25 TRILLION in the past 10 years and you know China, India, Australia and others were not slacking off at their printing presses either.  Overall, roughly 5% of the entire Global GDP for the past decade has come from Central Bank printing presses – all designed to make you think your Government is doing its job and growing the economy – even though it's really just growing the balance sheets of the Central Banks, which is really a hidden form of debt. 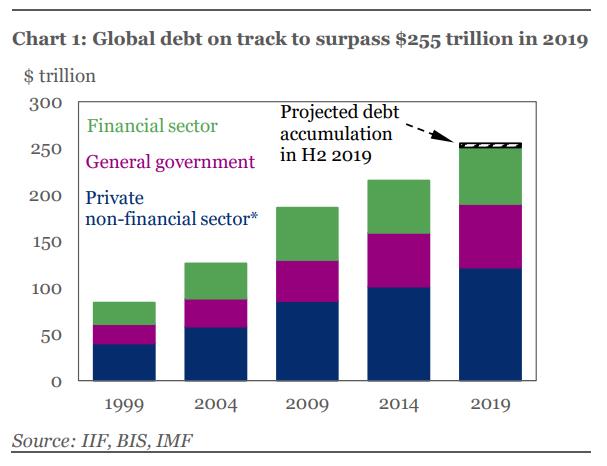 The non-hidden forms of debt have jumped up $50,000,000,000,000 in the past decade and that's another 5% of Global GDP added in debt each year as well so of course it FEELS like we're doing great – just like your children feel like you are doing great when you put a trip to Disneyland on the credit card – it's the time of their lives for them and you have to deal with the bills when you get home.

Of course the great thing about adding $100Tn in debt to prop up the Global Economy is that EVERYBODY's doing it and no one is paying the bill.  With no responsible adults in the room, we are all partying like it's 1999 – only 150% more in debt than we were then.  Japan is, in fact, over 250% of their GDP in debt so it does seem like there's no actual limit to how much debt a country can go into – as they still seem to function.